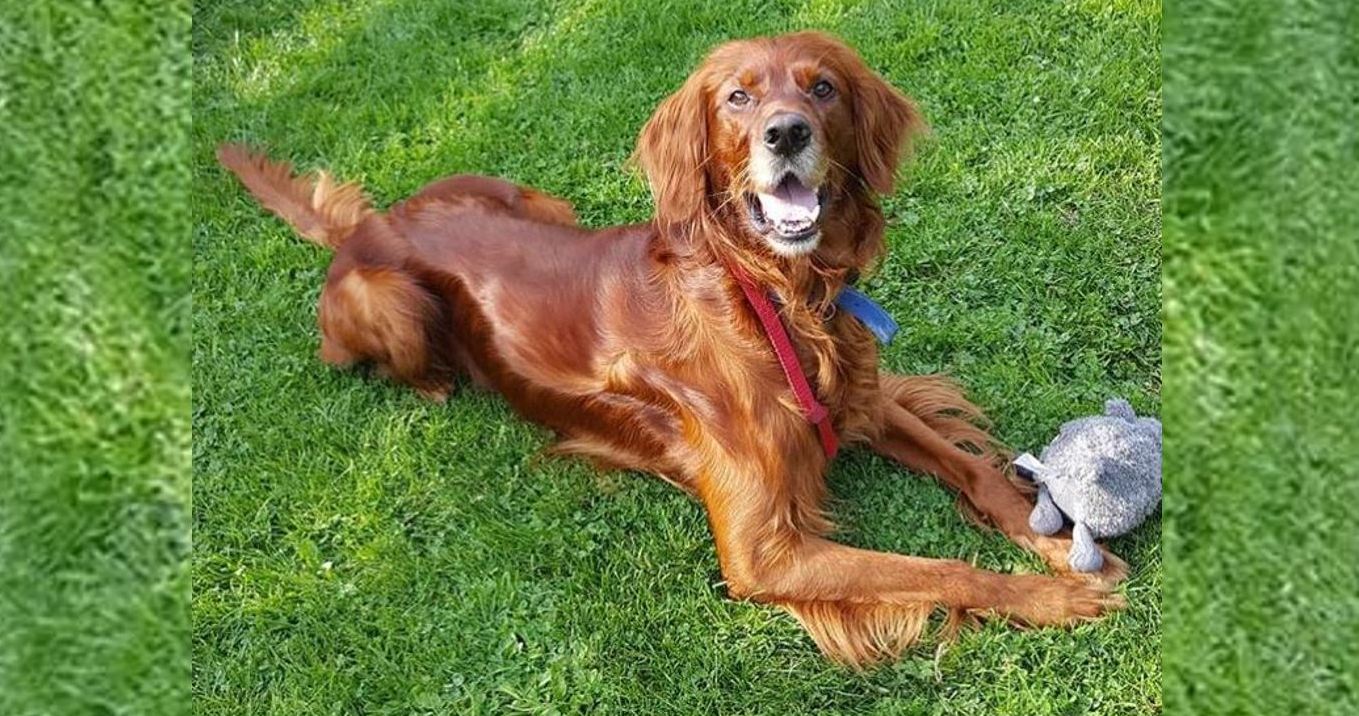 We are always delighted to hear about improvements in the wellbeing of the dogs that we feed. Sometimes, that feedback really melts our hearts 💛🤗

Here’s what Shauna and her family had to tell us about their beloved Maverick, who following complications during a routine operation, lost over 10kg in weight and was told it could take 6 months to regain – if ever at all.

We were thrilled to be able to help and (spoiler alert 🤫) see him accelerate back to health. He was reluctant to eat at first… But they managed to goose Maverick* into eating his sausages pretending it was human food! 😋

*We had to crowbar a Top Gun reference in somewhere 🛩️

In May 2019 our beloved red setter maverick went to his local vets for what was supposed to be a routine operation… unfortunately it did not go to plan and our boy was rushed to UCD’s emergency hospital.

For the next month the team of amazing doctors battled to save his life. Maverick went through blood transfusions, multiple operations, scans, drips, feeding tubes and cocktails of medication.

When maverick finally came home he was completely traumatised, our once bouncy, healthy setter was a bag of bones.

Maverick’s weight is usually 26-28kg, but at this stage, he weighed 16.5kg, with acute digestive issues. The trauma of all the procedures left him suspicious of food (fearing medication may be hidden inside).

Oh – I forgot to add that while all this was happening I was 8 months pregnant!! Maverick would barely eat and we desperately needed to get his health back before the baby arrived.

While researching different foods on the market, Phoenix Bark caught my eye. So, I contacted Kathy – who promptly organised the delivery of a box of goodies!!

Maverick devoured the fab sausages, which immediately agreed with his delicate stomach. By week 2 on his new diet, his energy returned and we began seeing our cub come back to his goofy self.

We had been advised by the staff in UCD that his body condition should be back by Christmas, so around 6 months. But, today (3 months later) Maverick weighs 28kg, his ideal body weight.

The fab team at Phoenix Bark made it possible for him to recover as quick as he did (and took the strain off his family while we prepared for the arrival of a new baby). I must also add that it was the only food that we could successfully hide his medication in!!

The photos speak for themselves…

Thank you Phoenix Bark for everything you have done for Maverick.

From Shauna, Sean, baby Isabel and of course… Maverick xx

This site uses Akismet to reduce spam. Learn how your comment data is processed.